So, does a King eat vegemite? Stay with us and find out in the review of King Billy Casino, which has been making heads turn during the last 2 years. For starters, the operator has been getting one industry award after the other, swallowing them as hungrily as a Pac-Man swallows dots.

However, one may appreciate more the resonance of King Billy Casino with its audience by reading the players’ various reviews, which vary from “very good” to “oh, my King!”. And these, mind you, are not reviews of distant foreigners, wild men and women from Southern Patagonia or Northern Mongolia, but Aussies reviews – and you know how hard it is to please an Aussie guy or (especially) an Aussie lady.

When you deal with Australia or Australians, you gotta be big, whether you are a python, a white shark or an online casino. Australian players do not like half assed efforts! So, King Billy does score well in their Welcome Offer, if one judges it by its name alone:

“Big 4” it is called, named, aptly, after the four juicy and very crunchy bonuses a player gets for his first 4 deposits. The offer goes like this (valid for Australians and New Zealanders):

King Billy Casino has been on the forefront of cryptocurrencies bonuses, offers, promotions and games since Day 1. Actually, they have even paid tribute to the world’s most well-known cryptocurrency, by naming their crypto promotion “King’s Miners”. What do they mine for you? A 51% bonus, up to 0.051BTC, if you deposit once a week.

But, as the crypto world is expanding, so is the King Billy Casino’s range of acceptable crypto payment methods. Right now, their very respectable list includes the “5 giants” of the crypto world, Bitcoin, Bitcoin Cash, Ethereum, Litecoin and Tether. Finally, there is also a list of bitcoin slots – King Billy’s got you fully crypto covered. 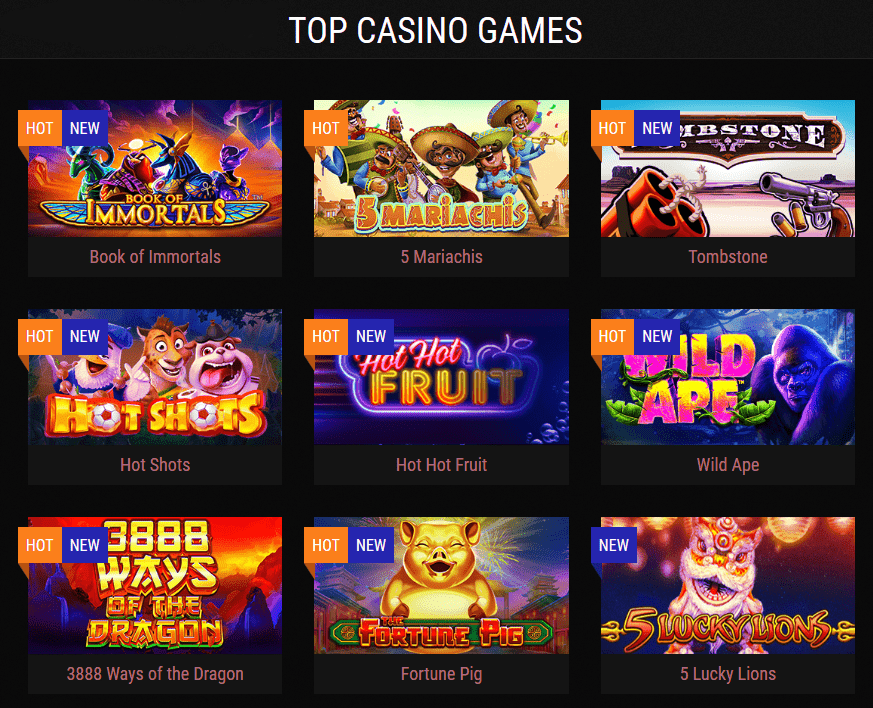 You gotta be kidding King. We admit that we like a huge selection of games, but the good people at King Billy Casino have taken it much further, offering us a vast selection of games. All the providers you know and love (including a few that you adore, but cannot, unfortunately, play in Australia) are here.

His Majesty King Billy seems to know that the welfare of his Citizens depends on the variety and quality of the offered games. So, all the blockbusters, all the latest slots, all the fancy video slots are here. Moreover, the selection of Live Games is second to none, courtesy of King Billy Casino and Evolution Gaming.

Finally we give thumbs up to King Billy Casino for bringing, every month, to its players the “Slot of the Month” feature. This is a brand new slot, which player communities worldwide have been, eagerly, waiting for. King Billy Casino not only introduces its players to it, but also gives out Free Spins and creates Tournaments around it. Not to be missed.

The King Billy Servants (as they call themselves) are the Support Team at King Billy Casino. Seldom, have we seen Support Teams getting rave reviews from players, but the King Billy boys and girls seem to have nailed it. Frankly speaking, it is one of the very rare occasions where the player and an online casino’s support department are on the same frequency.

Speed, efficiency and genuine care are King Billy’s Support Department trademarks. We love it and we really hope they don’t spoil it in the future! Some players may find the constant royal theme of being addressed “My Lord” and “My Lady” a little bit not to their liking, but we think it is sweet.

So, does a King eat vegemite? We think that this one, King Billy, First of His Name, Rightful Ruler of the Kingdom, Guardian of the Realm, Supreme Commander of the Royal Forces and Protector of the Players (don’t smile people, this is the title given to us by the casino) certainly does.

Aussies are sophisticated and difficult to please players. However, the abundance of the casino’s slots and table games, its variety of payment methods, its speed of transactions, its unique VIP program (consisting of Citizens, Barons, Dukes, Princes and Kings) and its legendary Support Department definitely make the casino stand out. King Billy Casino is highly recommended!